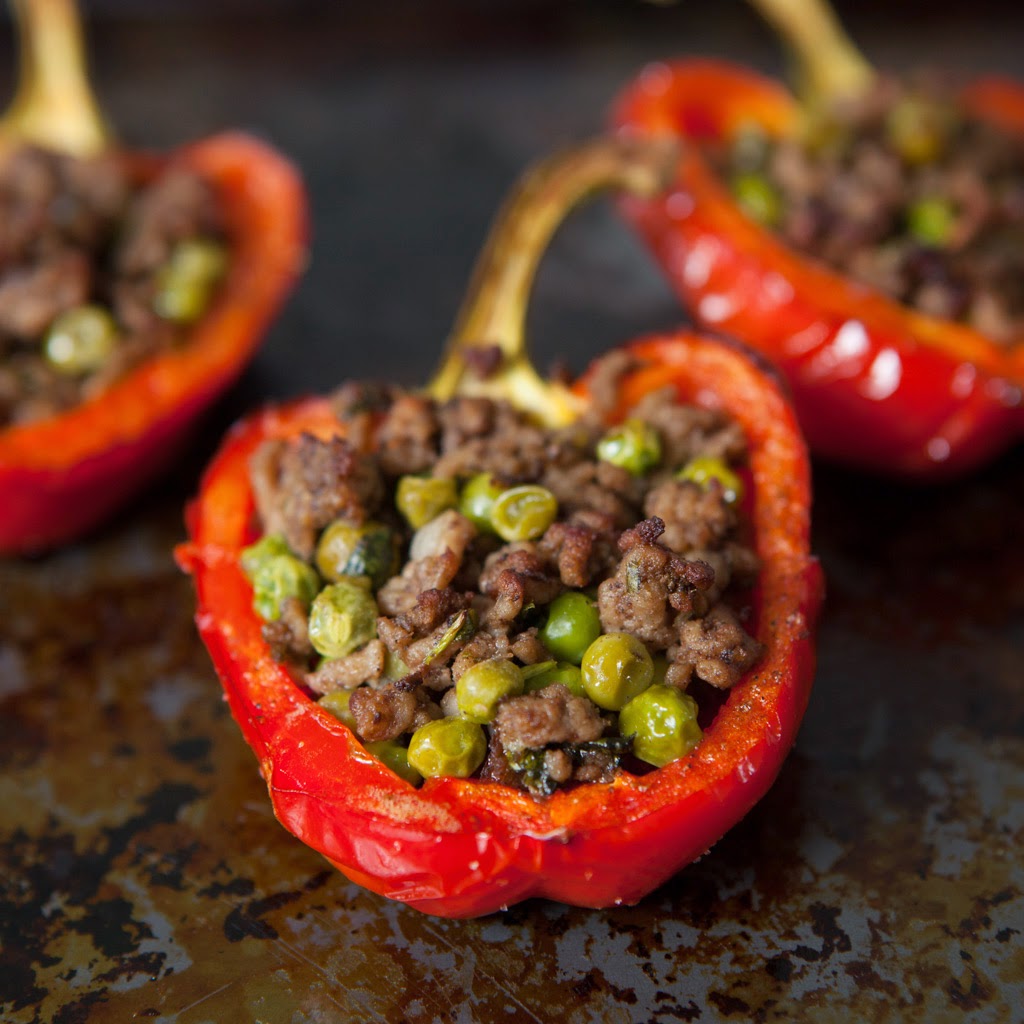 Since doing my Cordon Bleu diploma I've been finding dinner parties increasingly stressful.  I seem to feel that unless I have spent 12 hours cooking then I haven't really made an effort for my guests. Unsurprisingly this has resulted in me not enjoying giving dinner parties and so for the last one, Steve and I decided on an Indian menu using recipes from this blog.  Steve managed to cook a delicious meal for six people within 90 minutes while I had a manicure and pedicure in the next room.  Our guests had a fabulous evening and everyone raved about the food.  Steve can definitely do the cooking going forward!

This recipe is a great starter for a stress-free dinner party as it looks colourful and you can do most of the preparation well in advance.

Serves 8 as a starter or 4 as a main course